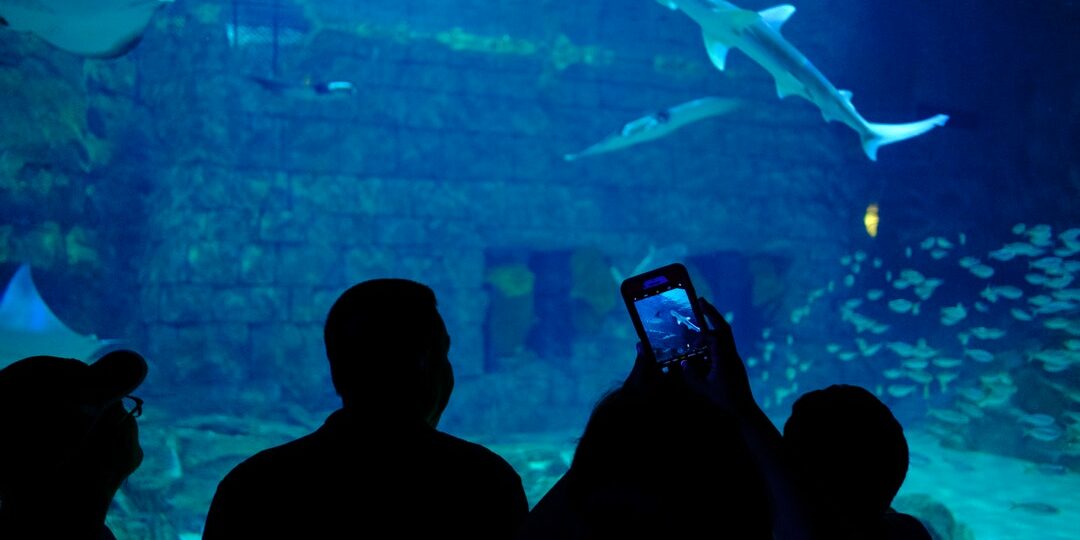 If you love SeaWorld and its array of sea animals and rides, it can be difficult to know which one to visit. SeaWorld has three parks in San Antonio, Orlando, and San Diego. Each has its own unique design, but they all still have the fundamental SeaWorld values and goals. So which one should you pick? And which is the largest SeaWorld park?

In this article, we will give you a low down on the SeaWorld parks and what you can expect to find in them.

SeaWorld was founded in 1964. It is a Theme park chain concerned with sea life, aquatics, and animal-themed amusement rides. SeaWorld is heavily involved with animal conservation and rehabilitation.

It is predominantly based in the US, however, there are SeaWorld branches in Abu Dhabi and the UAE. These parks evidence the fact that SeaWorld is a worldwide brand.

SeaWorld’s conservation efforts have grown in their significance as the company has grown.

Since the birth of SeaWorld and its theme parks, it’s estimated that over 33,000 animals have been part of their rehabilitation and marine conservation program. This includes animals such as manatees, dolphins, pilot whales, sea turtles, and birds.

SeaWorld San Antonio was one of the first SeaWorld parks ever to open and is heralded as the largest of the parks. It measures in at a colossal 416 acres!

It’s recommended that you need at least two days to walk around the park and do all the attractions, potentially more in busy periods.

It boasts a dolphin lagoon, orca stadium, and Discovery Point where you can get up and close with the dolphins.

There’s also something for the thrill-seekers with Journey to Atlantis. This hybrid roller coaster and water ride takes the rider on an expedition to uncharted and mysterious depths.

Steel Eel is a hypercoaster featuring a vertical drop of 15 stories, creating a feeling of weightlessness.

It runs at 55 mph and has a 100 ft drop which is stomach-churning good. An extreme thrill ride from start to finish.

And lastly, there’s the new attraction for 2022, Tidal Surge. It’s the world’s tallest and fastest swing, reaching 135 feet high at its peak.

Tidal Peak mimics the feeling of weightlessness as riders soar above the park as if riding a huge wave. Flying at 65 mph, 40 riders will experience several moments of negative G before coming crashing back down to earth.

Orlando SeaWorld might not be the biggest SeaWorld park, however, this doesn’t affect its popularity. It’s estimated that 1.6 million people visit the park every year.

And there’s plenty on offer at SeaWorld Orlando to keep these visitors entertained.

There’s the family favorite, at the sea lion and otter stadium where you get to see these fascinating creatures in action.

There’s also Sesame Street Land where little ones can get their Big Bird and Elmo fix with Elmo’s Choo Choo Train and Big Bird’s Twirl and Whirl.

For those that are after some roller coasters, SeaWorld Orlando has plenty on offer.

Mantra is a coaster that replicates the feeling of being a stingray. Riders are placed in a body-secured harness and thrust straight into an inverted nosedive. It’s a unique rollercoaster for those wanting that extra bit of flair in their ride.

Kraken is a part rollercoaster, part legendary beast of a ride. It’s a huge, footless coaster that zooms along the track, with a ridiculously large first drop. Kraken is not for the faint-hearted.

One new attraction for 2022 is Ice Breaker. It’s a backward launching coaster that has the steepest beyond the vertical drop in Florida. Ice Breaker is a white-knuckle and disorientating thrill ride, set to challenge and twist its way through the air.

So if you are having to make a decision between the two parks, how can you possibly weigh up how to choose between them?

Here’s our guide to help you arrive at your decision:

Depending on where you reside in America, it can be helpful to know the distance between each of the parks and your home. This can be a determining factor as if you are having to travel 8-10 hours+ to get to one of the locations, it might be a lot simpler to get to the other one.

SeaWorld Orlando has slightly more rides if you are an adult group wanting to go to SeaWorld. If thrill coasters and big rides are your thing, then SeaWorld Orlando is your best bet.

Day for the Kids

SeaWorld San Antonio is much more geared up for kids, they can probably spend days there without getting bored! Especially with Sesame Street Land, there’s so much for them to enjoy and get stuck in with.

Consider the Time of Year

Spring break can be a great time to visit Orlando, however, that’s what everyone thinks. In the holidays, many families will visit Orlando for some sun and theme parks. However, this means long wait times for rides and sold-out shows. If you want to beat the queues, head to San Antonio SeaWorld instead.

All of the SeaWorld parks can be an amazing day out for any age group. Whatever park you decide on, you’ll be sure to have a great time regardless.

Visiting the Largest SeaWorld Park: Where Can I Find Out More?

Visiting a theme park is such an integral part of US culture and can bring joy to a lot of people.

Do you want to visit the largest SeaWorld park in the USA then definitely head to San Antonio. If you’re after the most popular then SeaWorld Orlando is the way to go.

If you want to learn more about SeaWorld, or any of the other theme parks like Disneyland and Universal Orlando, check out our blogs to learn more.